Music May Ease And End All Discretion 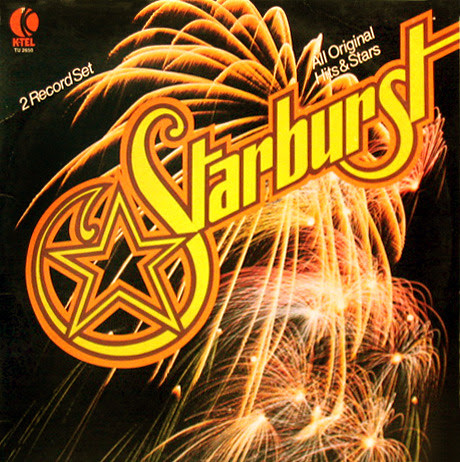 This is one of the first albums I remember owning. It must have been given to me, likely as a birthday gift at the same time as the Grease soundtrack and the tickets to the Osmonds concert at the newly-opened Rupp Arena in downtown Lexington.

Check out the little taste of heaven this double-record K-Tel exclusive offers:

Record One / Side One:

Record One /Side Two:

Record Two / Side One:

Yep, that's right, someone in my family bought an eight year-old a record with a song called "Get Off" on it. And no, this is not Prince's New Power Generation elegy to, erm, whatever Prince is elegizing. It's not the same song, but oh my, a definite precursor.

Hmm, now that I think about it, that track was always scratched.
Posted by Mego at 2:40 PM 1 comment:

What We Have Made Is Real?

It is indeed ironic that I am [whispered] thirty-seven and [whispered] unmarried. Actually, I just typed "still unmarried" and deleted the "still," since that implies that I have somehow been longing to be married.

And why, may you ask, am I reappearing after twelve weeks to make this statement?

I am behind, people, in a lot of ways. But I always get to the good stuff.

So, yeah: this statement is a response to this (rhetorical) question from this essay and its source essay:

Does princess-worship mean that little girls will grow up thinking a prince
will rescue them from doing housework?

I demanded to be and was a bride for Halloween when I was six. I loved nothing better than big puffy playing-dress-up dresses and princessy-type things as a little girl, and also enjoyed "cooking" in my cardboard "kitchen," or teaching "school" to my dolls. Or braiding Barbies' hair.

Now I am over 35, unmarried, and hate wearing skirts. So yeah, I think "Princess" is a phase, and not just because I subsequently graduated to "horse" and "Olivia Newton-John roller disco" phases.

However, I would like a cute prince to cook me dinner every night. For the record.