All I want is to have my peace of mind

How does Boston, of all people, know how to say what I feel? (And, as always, my Internet radio guru Zenith knows what I need to close my eyes and slip away.)

Last night the great phone chat I had with my gurl and former-but-really-still creative collaborator KVA laid out exactly what whats-his-name is saying.

I should show more respect and name the guy. How he made this song, his music, is what I am jamming on.

Tom Scholz was an engineer at Polaroid during the day and music-tech whiz and one-man band by night, who had fallen in love with rock music while at MIT. He whittled away at creating his own sound down in the basement, and was pretty much in it for the process. "I actually expected total failure."

Run your own race, and let the results be the results.
Posted by Mego at 4:24 PM No comments:

It will never be the same again

It's an afterthought kind of song, but I love it anyway.

I was happy to see Anthonie Tonnon, who's touring the U.S. from his home base of Auckland, New Zealand, perform twice this week once in front of less than a dozen people in a record shop, and the next night in a hip, crowded bar. It doesn't matter where it is -- he puts on a show. The performance thought-out yet spontaneous, practiced but not pretentious. He works the crowd, he works in the crowd. He takes risks, whether confronted with 10 self-conscious people with street noise filtering in, or in front of 75 swilling handmade gin cocktails.

It was inspiring to me to see structure and spontaneity in performance, and trust in the audience's best intentions.

And the musical chops match the in-real-life confidence.

And I was happy to meet him, too. He's a nice, direct and unaffected fellow who seems sort of ageless. He looks quite young, but is much more mature than his polite and polished exterior.
Posted by Mego at 5:04 PM No comments:

You are the light.

I've become sort of obsessed with this 1977 live/studio hybrid album from Santana, Moonflower. It's a cornucopia of what made pre-"Smooth" Santana great, including his cover of the Zombies' "She's Not There," a live version of "Black Magic Woman," and a veritable shit-ton of timbales. And Carlos' outsized solos grinding to almost-ear-splitting peaks.

This track brought me to the album -- well, good ol' Internet radio did, actually, as usual.

This one--the whole album, really--fit with the lower-angled, late summer light of the afternoon. I washed a formidable stack of dishes, swept and mopped, too, probably, while listening to this album, windows wide open. The house smells a certain way when it's a certain temperature, and feels a certain way when the sun is where it is. The homeness of home is verdant in those moments.

I catalogued this with the lifetime of other of sublime late afternoon sun-angle smells and feelings I've collected.
Posted by Mego at 3:16 PM No comments:

Love is a flower.

Email ThisBlogThis!Share to TwitterShare to FacebookShare to Pinterest
Labels: Happy Birthday, Lennon, Love, Out of the Now, Peace

Touching the hearts of those who feel

I miss it already. 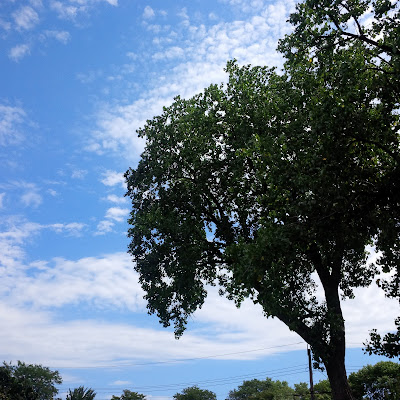