In the Safety of a Pitch Black Mind

I Promise You We Won't Hurt the Horse

Seriously, though, I probably would not have absorbed or appreciated the music that I've absorbed and appreciated all these years if it weren't for Athens' finest (whom I came to because, of course, a boy). Duran Duran would have been the sole musical wellspring of my teen years--and that means I'd be all about the Killers now.
Posted by Mego at 11:18 PM No comments:

Your Guilty Pleasure: I Was Such A Clown (By Request)

Oh, my friend Jenna picked a good one (and rightly so, she is moving on to new, away-from-Chicago adventure very soon!). From the spaceship-taking-flight synth intro to the big, rubbery bassline anchoring the pleading heart of darkness, this is beer-stinkin' angst in red leather pants and (most importantly) a headband.

Lyrically, um... the story is less dramatic. Good thing "down" rhymes with "clown." Sometimes it's all about the atmosphere the song creates, kids, whether it hits you in the solar plexus or the groin or the head. So, yeah. This song is about it kicking you (and getting kicked in) the nuts.

And it's a far better tune than the ubiquitous "Working for the Weekend," now the intro music for FM-radio Retro Weekends and Weekend Rewinds from coast to coast. Do they still do those? Regardless, Jenna can request this gem from KABG Big 98.5 Classic Hits in Los Alamos. I'm sure Big 98.5 weekday DJ and hometown boy Chaz Malibu will want to spin a lil' Loverboy for you.

If You Were Me, What Would You Do?

Jump In My Ride/It's Friday Night

No truer words have been spoken.

Plus, these guys contributed to an unforgettable film from my childhood. I enjoyed the comedy of Harry Shearer early on, and didn't even know it!

What? We got a group of girls together to see this for my 9th birthday at Turfland Mall Cinemas. This was a big deal.

And now I need to listen to this track again because everything I mentioned above has been consigned to oblivion.
Posted by Mego at 4:08 PM No comments:

Email ThisBlogThis!Share to TwitterShare to FacebookShare to Pinterest
Labels: Living in the past, TGIF

Your Guilty Pleasure: So Put Me on A Highway (By Request)

This wistful ballad from One of These Nights is the epitome of The Eagles' Southern Californiafied country rock. I did not know that the band essentially formed out of Linda Ronstadt's backing band; Glenn Frye, Don Henley, and Randy Meisner were session musicians for one of her early 70s albums. Meisner takes the lead on "Take It To The Limit," one of the few times either Henley or Frye don't sing on an Eagles hit single. And this one was pretty huge at the end of 1975, and I'm sure continues to be a before-set-break slow burner for umpteen bearded cover bands from Southern Cali to South Carolina.

Here's some god, not another spreadsheet, 2:00 pm reading for you. Meisner quit the Eagles after the Hotel California tour (he checked out and he could leave. Sorry.), and became a session player from here to Dan Fogelberg, returning to relative obscurity. Except that for the better part of the 90s, he contended with a personal outlaw, a rogue impersonator who traveled between Nevada and California, trading on the name of the Eagle that everybody sorta-kinda knew, and bilking dozens of women out of money, dignity, and their pants. Here was a charismatic shyster who probably told some tales about "Take It To The Limit," spun yarns about upcoming record deals and tours, but who was well-known in Vegas casino pits and rode the Greyhound. According to this gambling world update from 2006, the impersonator, Peter Lewis Morgan, was caught, convicted and served barely a year before returning to Vegas and his Meisnerdom, as if nothing had happened.

It's a bizarre tale, but what it's got me thinking of primarily is how one can toil at one's art in obscurity, then not (dude toured for Hotel California. Come on.), then toil again while likely enjoying the largesse of that moment in the sun. And that there's a D-level throughout the entire entertainment socio-industrial complex, and how astonishingly easy it is trade on the amount of power associated with D-level fame, and how it feels for anonymous, everyday souls to interact with D-level fame, even in the grasping bronze age of reality TV.

Ugh. Let's put that lurid dialectic aside and get some solace in ol' Waylon's drawl and Willie's reedy simplicity. What I didn't know (for shame) is that everyone's favorite Outlaws covered "Take It To The Limit" and even named the album after that track.

Get in the truck get on the road. It'll be cooler with the wind in your hair.

Email ThisBlogThis!Share to TwitterShare to FacebookShare to Pinterest
Labels: Eagles, Waylon and Willie, Weird Stories That Are Not Urban Legends, Your Guilty Pleasure

Your Guilty Pleasure: The Hero Would Be Me

Here's one that pierces with the sad arrow every time. The song has such a...delicate and contained rawness that I stop what I am doing when this plays, and "the hero would be me," perhaps its most hopeful thought, just slays. This is no "Time In a Bottle." There's something about the way it lands sonically, but also the fact that he's talking about sweeping in and saving her from the sadness of a broken relationship when in fact he is also in the sad, broken relationship and he just can't do it.


(And the gliding kayak-everywhere idea actually works.)
Posted by Mego at 12:21 PM No comments:

Email ThisBlogThis!Share to TwitterShare to FacebookShare to Pinterest
Labels: Makes Me Cry Every Time, Remember When, Your Guilty Pleasure

I don't remember if she played this song, but I was among the shell-shocked and grateful at her 9/13/01 concert at the Riviera. This song is an indelible memory of that entire time in September.

Above Us Only Sky 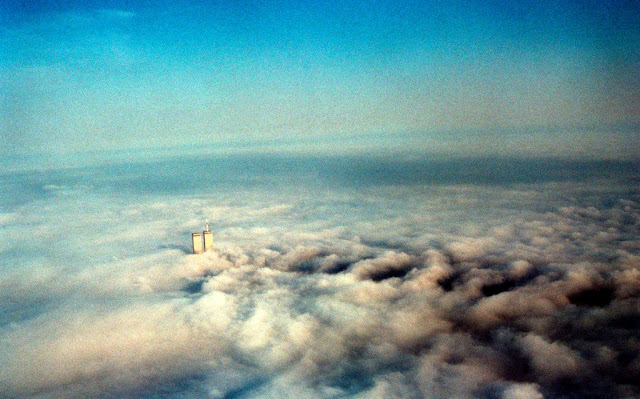 Why World Do You Want Me to Be So Mad?

This led to this:

Your Guilty Pleasure: You Can't Control an Independent Heart

This is the first installment of your guilty pleasure, in which I give you a song that you didn't know you liked, liked but didn't want anyone else to know, or that you find is making your mind or butt involuntarily move. It's okay. Enjoy. I won't tell anyone.

Let's start this nice and easy. If you went to high school and/or college circa 1984 - 1993, it's likely this is lying around in your cassette collection. Or if you are not like me, long ago donated to Salvation Army. The Dream of the Blue Turtles was Sting's hotly anticipated, ultimately ubiquitous first solo effort. Recorded in the cushy confines of Quebec and Montserrat (documented in the film Bring On the Night) and slickly produced, the album still managed to feel spontaneous -- likely due to the colossal talent of his backing band, composed of jazz journeymen Omar Hakim, Kenny Kirkland, Darryl Jones, and the only thing that made me ever watch the Tonight Show with Jay Leno, saxophonist Branford Marsalis. (With whom I also shared a crazy dinner--with Kenny Kirkland as well, I believe--near Rue Pigalle in Paris years and years and years [and years] ago. Not to sound like a name-dropping asshole, but that is a story for another time). Anyway, this is a solid, pop-jazz record with just enough mid-Eighties social consciousness ("I hope the Russians love their children, too," he broods) to seem relevant rather than a relic, so just plug your ears the next time you hear "If I Ever Lose My Faith in You" blaring out in TJ Maxx. This is the Sting album that matters. And the Zenful call-to-end-co-dependency first single, well, it makes my heart feel pretty free.