Just Don't Give Up On Me

The Interrupters is one of the finest films I have ever seen. Perhaps because I live in the city where the story of a group of violence interrupters--members of the Ceasefire organization that intervene in conflicts in bullet-riddled, anguished neighborhoods--takes place, the film really punched me in the gut. All of this is going on less than ten miles away. I could drive down Damen and see the memorials: the posters, bedraggled stuffed animals, empty Hennessy bottles. Ostensibly, I could. 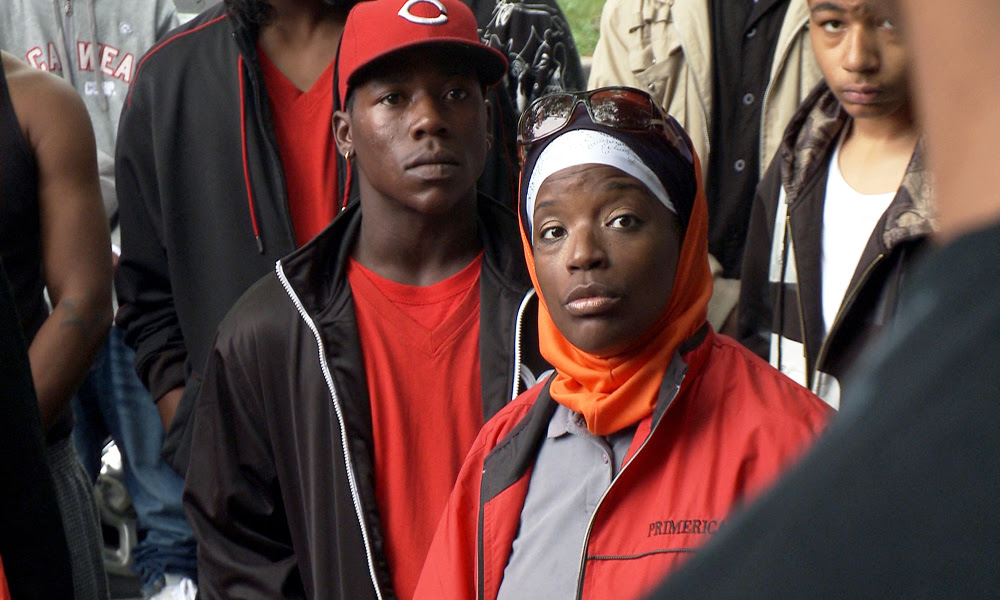 A couple of summers ago, I returned to the north side from a hip-hop/multicultural festival in Marquette Park on the 63 bus, which bisects Englewood--taking it precisely because it crosses the heart of Englewood. What did I see? More wheelchairs than I ever have seen on a city bus. People offering seats, helping the wheelchair-bound locate a space. People on phones, listening to music, looking out the window, chatting. Boarded up buildings, fast food restaurants, laundromats, hair salons.We were the only white people on the bus, and no seemed to give the first shit about that.

It was four or five in the afternoon on hot, lazy Saturday. People were just living life and I, from this self-fashioned Disney World tram creeping through GhettoLand (complete with "Pastime Paradise" playing in my head, had anticipated seeing--what? A shooting? Police vans rolling up on sidewalks, deals done? Deals gone bad?

No, people were just living life.

But tonight, I'm thinking about how there aren't words, even guttural syllables, to describe how I can never, never understand what life is like nine-and-a-half miles down Damen. Most certainly not because I have a story for a party about how "oh, yeah, I rode the bus through Englewood." Or the insignificance of my helplessness while watching the film as compared to the anguish endured by those living with the epidemic of violence on the streets that radiate from 63rd, east and west of Ashland, and in Little Village, Auburn-Gresham, Austin, and just blocks away from here, in Humboldt Park. Living life where, daily, you half-expect to die. Or lose someone close to you.

I felt helpless nonetheless, because--what can I do? What can you do? What can we do when the system (the "System") can't do anything? When what works is one-on-one, empathetic intervention that's, godammitall, funded by a chronically corrupt and more-than-broke state government?

In an impromptu Q-and-A after the film, Interrupter Cobe Williams answered this question simply. "Be there...listen...mentor a child. Give a child the support he or she cannot get at home."

In the next two weeks, a lot of people will set intentions and craft self-improvement proposals for 2012. Still, we know--and deep down, we know--that during the year we will lose. We will grieve...something. But what can we give?

Empathy and understanding is a start. It's the start. Peering into the radically, embarrassingly different world that abuts yours, through a movie screen, or through the bus window, acknowledging that that world is there--that's a start.

This song closed the film. I might have let an Oprah "ugly cry" cross my face.